Successful development of products with independent knowledge of three-axis dispensing robot and dispensing software,Services in the electronics industry.

Establishment of HuangDong office at zhejiang.

And Central South University and a number of automation equipment company to develop new control technology.

Development of adhesive dispensing robots in the appliance industry.

Mass production line of dispensing robot TH-2004D.
Extends our products to Worldwide, and cooperated with many agents by setting up sales and service points.
Mass production robots be exported to Europe and United states.

Company be selected as advantage of no-pollution and high technology , enterprise by the Shanghai government in 2012. 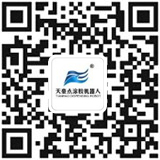 As your detail application to looking for dispensing robot and consumable to meet mass production.